Hello lovely blog readers, I apologize for my tardiness. I wanted to write this blog last week but the week took me for a ride and it did not get started. I saw a quiz on Scientific American that asked what kind of introvert are you. It broke down introversion into four areas. Well, I scored the highest in the area of thinking introversion. This was also after a weekend where only one person called me(my best friend threw it back on me and asked me how many people i had called over the weekend).

This morning I saw another quiz that talked about covert narcissism. Well, let’s just say I scored pretty high on that as well. I hate to think of myself as a narcissist. Because I usually equate narcissists with all that is evil in the world(aka new Kanye vs. old Kanye). The truth is probably that narcissists suffer from huge bouts of insecurity and low self esteem. So, they act out in bold outlandish ways to get attention. Also, when I think of a narcissist I am probably actually thinking of a sociopath, so that’s probably why I dislike them so much. No, I am definitely not a sociopath.

I guess in my dreams I wish I were an introvert but in reality I am just a sensitive extrovert who gets exhausted because I think that my extroversion is socially acceptable(which it actually isn’t), so I get stuck in this cycle of being on and off. For instance, on the weekends, I am actually okay with being alone. I would just like to have the opportunity to have people to do stuff with(if I wanted to). I like to have some options lol.

My best friend mentioned that she did not call anyone all weekend(I think that is so awesome). I cannot imagine what it would be like to have someone call me and not pick up the phone or not call them back until I wanted to haha. Also, I like to think that if I were more introverted, I could let me thoughts flow through my writing. I’m still working on that one.

So what have we learned today? One, I am still awkward. Two, I’m fun to be around. Three, I need some sleep lol. I also know that people can’t make you do anything, its more like influence 🙂

A lot of people have trouble with meditation due to monkey mind(when your mind can’t seem to sit still). Today God asks us to sit with Him quietly in meditation and prayer. If this sounds easier said than done, just strive for one minute. I know I say this a lot but we really do have to start somewhere. I think one minute is a good start.

Most of the time, my mind races due to fear and anxiety(deadlines, dates, worries). When I remember that God is with me through it all, I can begin to focus on one fear/worry at a time. When I take the time to be patient with myself and focus on what I am doing right, God helps me continue on.

“Be strong and courageous. Do not be afraid or terrified because of them, for the Lord your God goes with you; he will never leave you nor forsake you.” Deuteronomy 31:6(NIV)

Anxiety, we all have it at some point and some people more than others. One quick anxiety buster is prayer. When I keep thinking about something, or thinking negatively about something, I have to pray and ask God to remove them from me. Just those moments provide peace and much needed relief(until the next anxious moment at least). Some people say when you are anxious you are preoccupied with the future. I beg to differ. I think you can be preoccupied with right now. Anytime you are anxious it also helps to pause and take a deep breath.

What are your anxiety  busters?

“Then, turning to his disciples, Jesus said, That is why I tell you not to worry about everyday life-whether you have enough food to eat or enough clothes to wear.” Luke 12:22(NLT) 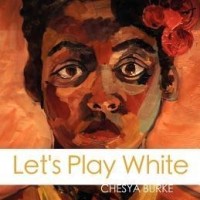