So I was having a conversation with one of my fabulous friends. We were talking about our hearts and our state of singleness. Well, I have been single for three hundred and seventy days(but whose keeping track). My friend stated that guys like smart women. I completely disagreed. I have a few degrees and have had them for over five years.

At the ripe old age of thirty-two(that is old in the world of singles), I feel like I have gone through my share of experiences in order to be an expert on singleness. I had a few boyfriends when I was a kid. In high school and college(bachelors) I didn’t have a boyfriend(that makes eight years). Then I went on to pursue graduate school(two more years, crushes, and no relationship). If you didn’t do the math that turned into ten years of no relationship.

Then due to life and loneliness I entered into hologram relationships(aka non relationships that seemed like a person but in fact were figments of my imagination). I was in and out of hologram relationships for the next eight years(yep, couldn’t tell me nothing, I thought I had it going on because someone told me I was cute, sexy, funny, fill in the blank). Fast forward to my last relationship which lasted for months(yes, I dreamed love would conquer all and it would be happily ever after). Let’s do the math to get up to speed, that means I was not in a relationship for eighteen years. Some of my friends have kids that are that age.

All the while I have prayed, hoped, wished, pined, dreamed, etc. for a relationship. That means eighteen years of hoping and wishing. Eighteen years of longing for a partner. I just recently had an old friend let me down gently and it stung just like the first time. You would think I would be immune to it. I still haven’t mastered that ability yet.

The usual phrase thrown my way is “when you act differently aka not aggressive, then things will change”. I have tried at different points in time to be the complete opposite of aggressive(I know how to do it) and when I do, I become invisible to guys. It doesn’t seem to matter what I wear, what I say, or even what my hair looks like.

In this past year I have had three dates with two of the wrong guys(wrong guy number one told me about his lovely girlfriend on our date and wrong guy number two did not listen to a word I said). I was telling my friend that I would be happy to blog about this because I can totally see the next year being more of the same.

I encouraged my friend to pray and listen to what God is telling her. I told her if she wants to fast together, I am fine with that too. What I have noticed is that God tells me, I just get too stubborn to listen. I feel like God tells me with every rejection. All I have to do now is stop giving my number to every guy with a twinkle in their eye and then getting mad when they don’t call. I totally get that I am not everyone’s cup of tea I just need my heart to get the memo.

I believe there is nothing wrong with having high standards. They are a good thing. Its just developing the patience to understand that the person won’t appear just because I decide to enforce my standards. Sometimes I just wonder if he will come. In the meantime I still have to keep moving forward. 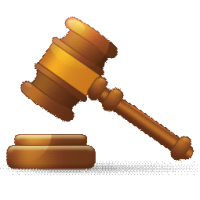